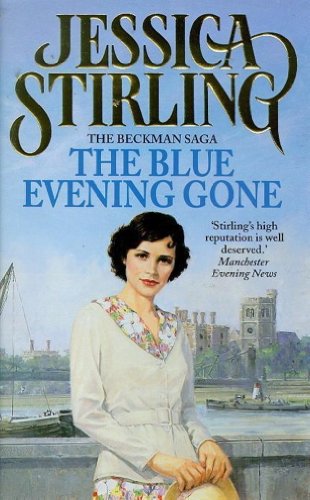 Sullenberger with Jeffrey Zaslow This is the autobiography of Sully Sullenberger, the USAir pilot who successfully ditched flight in the Hudson River after both engines were destroyed in a bird strike. It's clear that Sully is not an author and the biography parts dragged on a bit.

The story of the incident and the events that followed, though, were quite interesting and worth it for me. Papadimitriou I got this graphic novel from Rand for Christmas It was great, and I was extremely happy and surprised to learn that something like it even existed. The book is about logician Bertrand Russel and the search for the foundations of mathematics which occurred during the early part of the 20th century and late 19th century.

While I knew only a little about Betrand Russel mostly his paradox that was okay, as the book was a great introduction to the history of formal logic and that which would eventually become the basis for a lot of computer science, programming languages and type theory.

Recommended for anyone in C. It was the source indirectly for the musical Cabaret. Vise and Mark Malseed Seems like every single book I read has a subtitle Or maybe that's just every non-fiction book? Anyway, The Google Story is kind of like the history of Google, right? And in that respect, this book does exactly what it sets out to do. In Some ways, the book takes a sort of, Google Fanboy approach, by which I mean that just about everything Google does is lauded and just about everything others do in response or to disparage Google is mocked.

That's not entirely true though. Some amount of time is spent discussing privacy issues and the various lawsuits that have been filed against the GOOG. Most interestingly, the one filed by Overture, who held a patent for a ad-selling services that is very similar to Google's AdWords auction. Um, but more importantly annoying, after the initial few chapters, each chapter just seemed to contain a bunch of information about Google smashed together.

There was not always a consistent theme that I could find. Overall, still reasonably entertaining.

Many of the points he makes are the same, but in a more refined form. I have to say there are a lot of names in this book. A lot of managers, record executives, and industry analysts. After a while it's a little hard to remember them all. Still, an enjoyable book if you really want the technical details. A Prayer for Owen Meany is about a boy named Owen who is very small and very strange and communicates with God. The movie Simon Birch is apparently loosely based on this book. Overall I think this was a good book, and I would recommend it.

However, I am starting to realize that all of Irvings books share very similar themes, and I guess I am getting a little bored, hence this book potentially being my last. I have now read four of his books, and in each one several of the following themses have been present: Vienna New Hamshire Incest Marital Infidelity Prostitutes Hyper-Sexualized Female Characters Pets Stuffed Animals As in taxidermy Death of One or More Parents Rape It's not that these are bad themes or anything like that, but to have them repeat in so many novels seems a bit strange to me, and more importantly, they get old after a while.

He seemed very reasonable and level-headed. I did not enjoy the book nearly as much, unfortunately. I still agree with the basic thesis, but found that is was mostly only discussed in the final chapter and the Epilogue. Most of the book itself seemed to be a wandering discussion of various social and religious groups. It also annoyed me in one technical way by not using any mark to indicate which text had associated end-notes.

Yes, there were end-notes, sourcing many of the points made by the author, but because there was no way to tell which sentences did and did not have sources, I had a hard time telling when the author was related and established fact and when he was merely asserting. It does not. Genoa is briefly mentioned in the beginning, in the context of a particularly violent G8 summit, which was held there. Otherwise the story takes place in Sicily. It's your standard mystery story, and it's pretty forgettable.

It would have been a quick read except that I never really got interested in the plot so I put off finishing it for a long time.

So I read it again. The author comes across as pretty pompus, but it still a pretty good book. Team of rivals tells the story, primarily through primary sources such as personal correspondence, of Abe Lincoln and his political career, with a special focus on the other members of his cabinet.

Abraham Lincoln is a larger-than-life figure in American history, so it can be hard to take seriously claims of his preeminence.

This book, however, is a mostly believable claim of just that. Abe comes across as a great politician and a good man. He wasn't the first person to decide that slavery was wrong, and he may not have been color-blind in the modern sense of the term, but once he made up his mind about slavery he did not waver. Definitely worth reading. It's about cults and stuff in New Orleans. Maybe that's too strong. How about, "I liked a lot of it, but don't necessarily agree with most of its philosophical assertions.

I would recommend it to just about anyone. Not only does it have neat, alternative-history aspects, and a great detective plot, but it's actually very funny and extremely well-written. Let's not even mention the great cover! I reread this again in when the movie came out. It's full of a sarcasm that is not too abrasive, and doesn't get on your nerves. It's well written, and the plot, which centers around a chemical leak, is pretty exciting.

I did see the climax coming and it needs a little work but otherwise, this is the sort of book I like. The book reads like many graduation comedy movies from the 80s up to today, but does so in a rather self-aware manner. It manages to be really funny at some points, and the characters themselves aren't quite as predictable as the plot would suggest.

Turns out they're actually making this book into a movie as we speak. This could be the best book about the development of software written for people who don't develop software, but it's still got it's problems. There are things I liked about this book. It ultimately passed one important litmus test: This will be the first book I give my dad so that he can ultimately come to a better understanding of what it is I do. Whilte my dad is smart, and has a technical mind, but knows little about software.

This book describes the open-source movement, programming languages, and the strange fact that what we really do as software developers is to create abstractions.

It describes why the development of software is so often so difficult, and I think is to be commended for this. On the other hand, the book takes goes off on several long tangents that I think are both unnecessary and will be difficult for non-technical readers to understand, which is really too bad. There is a long discussion about static vs. Other tangents take entire chapters. Finally, there is a depressing lack of closure, which while a part of the development process, could have been avoided by simply waiting a few years longer to release the book.

Overall, a good book. We'll see what my dad says. It is written in the style of a novel and is primarily centered around Rudolph, the crown prince of the Austrian empire and his part in a double-suicide. Other notable characters, such as Freud, Klimt and Brueckner, show up, and we get to see their lives before they had yet achieved fame. Pascal Zachary A little bit outdated, but an interesting read nonetheless. This book takes us through the creation of Windows NT, and focuses primarily on David Cutler, the ex-Digital dude who was in charge of the project.

He was pretty much a hard-ass, and expected a lot out of his people, sometimes to the point of being completely unreasonable.

Most interestingly, he completely did not care about security, and treated it as an afterthought. While the author did not draw too much attention to this point, I feel like if this book had been written more recently with all of Windows' security vulnerabilities, a bigger deal would have been made of this point. I'd like to see a book like this about the creation of Vista, which I hear was equally painful.