Pound is indulging in a bit of nativist fantasy, imagining some sort of ancient purity of culture based in paganism and the warrior ethos. The roots of the poem might be as old pagan warrior days, but the version we have definitely derives from monks. The conditions described in the poem, vivid as they are, are resonant references to older days in order to express a contemplative message through the remnants of the culture.

Anglo Saxon The Wanderer ln 95…. Time reaches Shadow as Day enters Night. Guided by ashen spears, called by the cry of weapons hot for blood with edges bright, where soldiers stood stand worm-worked walls grave high. My transient friends are gone, their souls have fled, my shield alone holds back the turning page. Hardship is here; my rosy world is dead, Bitter winter snows my hair with age.

This is by no means a literal translation of the lines towards the end of this poem, Rather it is an attempt to convey the melancholy mood of the old soldier who has outlived both his comrades-in-arms and the social superiors he respected and who valued his prowess in battle.


Younger men probably see an old bore who is always scrounging a drink, a bite to eat, or a warm corner where he can to sit and bend the ear of anyone foolish enough to greet him. NB wyrml? It is often suggested this refers to the encircling ditches characteristic of multivalate Iron Age hillforts. When sorrow and sloth — settle together he anguish-enclosed — oft bindeth. Thinketh he in mood — that his master-king clasps and kisses, — and on knee lays hands and head, — as he betimes did in years-done — gift-stools delight. Then awakeneth — again friendless groom, far sees before him — fallow waves, bathing brim-fowls — broadening feathers falling hoarfrost and snow — hail be-mingled.

Then be-it that heavy — heart burns, sorely after his own-kind. I am just the scrivener here—working through word-roots wherever possible to restore this masterpiece to something of its original glory. The more I work with it the more I appreciate the Anglo-Saxon alliterative verse form. Iambic pentameter it is not—nor free verse.

The possible word choices are heavily constrained by the alliteration requirement. The requirement for balanced couplets is equally constraining but also liberating. Hostetter, I would like to know what you think of this rendering of lines This rendering preserves or otherwise restores the Anglo-Saxon alliterative verse form but using words that have intuitively approachable meanings to modern readers. It reads almost word-for-word on the Anglo-Saxon. The meter is authentic Anglo-Saxon alliterative verse as near as I can tell.

Why pin'd with sallow Marks of Discontent? Preventive of thy Call, behold my haste, He says. Nor let warm Thanks thy Spirits waste! He paus'd. I'm just inform'd, and laugh me not to scorn By One unseen by thee, thou'rt English-born. Here stand we conscious! Free flow our Words! This Cave! What cannot Industry completely raise? He scoops the stubborn Alps, and, still employ'd, Fills with soft, fertile Mold the steril Void; Slop'd up white Rocks, small, yellow Harvests grow, And, green on terrass'd Stages, Vineyards blow! Part thou hast view'd — If further we explore, Let Industry deserve the Applause the more.

Which warms ev'n Winter, tempers Summer's Heat? In mournful Measures wind the dripping Rills; Soft Cooes of distant Doves, receiv'd around, In soothing Mixture, swell the wat'ry Sound; And hence the Streamlets seek the terrass Shade, Within, without, alike to all convey'd. Oh, still proceed, with sacred Rapture fir'd!

Unenvied had ye liv'd, if unadmir'd. All their bright Honours rush into his Lays! O POPE! Truth from an Eminence surveys our Scene, A Hill, where all is clear, and all serene. Rude, earth-bred Storms o'er meaner Valleys blow, And wand'ring Mists roll, black'ning, far below; Dark, and debas'd, like them, is Envy's Aim, And clear, and eminent, like Truth, thy Fame.

Thus I. From what dire Cause can Envy spring? Or why embosom we a Viper's Sting? Most derive their Birth From one bad Source; we dread superior Worth; Prefer'd, it seems a Satire on our own; Then heedless to excel, we meanly moan: Then we abstract our Views, and Envy show, Whence springs the Mis'ry, Pride is doom'd to know.

Why shou'd I then of private Loss complain? Of Loss, that proves, perchance, a Brother's Gain? If Rains, redundant, flood the abject Ground, Mountains are but supplied, when Vales are drown'd; If, with soft Moisture swell'd, the Vale looks gay, The Verdure of the Mountain fades away. Shall Clouds, but at my Welfare's Call descend? Shall Gravity for me her Laws suspend? For me shall Suns their Noon-tide Course forbear?

Or Motion not subsist to influence Air? While thus a Mind humane, and wise, he shows, All-eloquent of Truth his Language flows, Youth, tho' depress'd, thro' all his Form, appears; Thus He — Yet farther Industry behold, Which conscious waits new Wonders to unfold. Enter my Chapel next — Lo! When first we met, how soon you seem'd to know My Bosom, lab'ring with the Throbs of Woe! Such racking Thoughts! Meek Martyrs smile in Flames!

And Muse-like Cherubs tune their Harps in Stone! Here pleasing, melancholy Subjects find, To calm, amuse, exalt the pensive Mind! Such penitential Magdalene reveals: Loose-veil'd, in Negligence of Charms she kneels. Hence by the smiling Infant seems discern'd, Trifles, concerning him, all Heav'n, concern'd. Here the transfigur'd Son, from Earth, retires: See! There from the Dead Centurions see him rise, See!

Here peopled Day, th' ascending God surveys! The Glory varies, as the Myriads gaze! Now soften'd, like a Sun at Distance seen, When thro' a Cloud bright-glancing, yet serene!

Now fast-encreasing to the Croud amaz'd, Like some vast Meteor high in Ether rais'd! Where Saints, Clouds, Seraphs intermingling shine!

Here Water-falls, that play melodious round, Like a sweet Organ, swell a lofty Sound! I look'd — two Columns near the Wall were seen, An imag'd Beauty stretch'd at length between. And two, benevolent, less-distant, hold A Vase, collective of Perfumes up-roll'd! Two mated Turtles hov'ring hand in Air, One by a Faulcon struck! Too well his pining, inmost Thought I know!


Too well ev'n Silence tells the story'd Woe! To his my Sighs, to his my Tears reply! 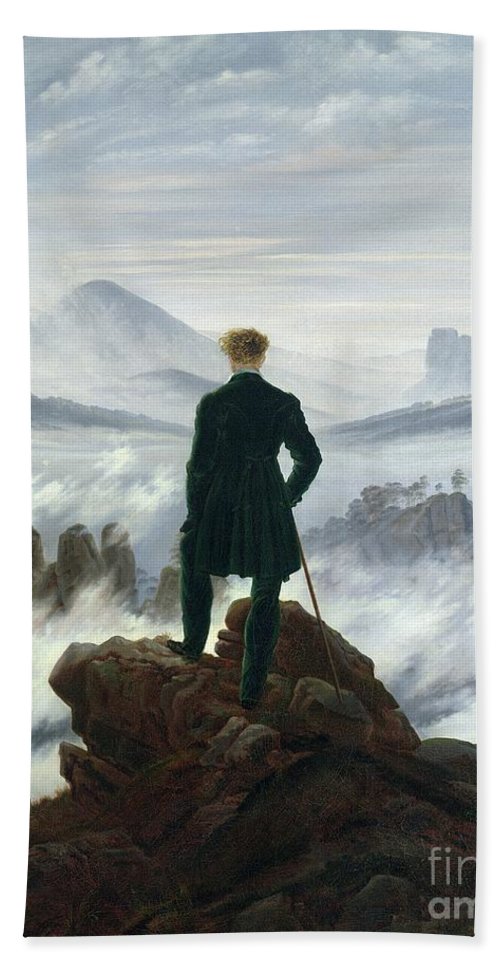 I stray o'er all the Tomb a watry Eye! Cherubs a proffer'd Crown of Glory show, Ey'd wistful by th' admiring Fair below. This the fond Hermit seiz'd!